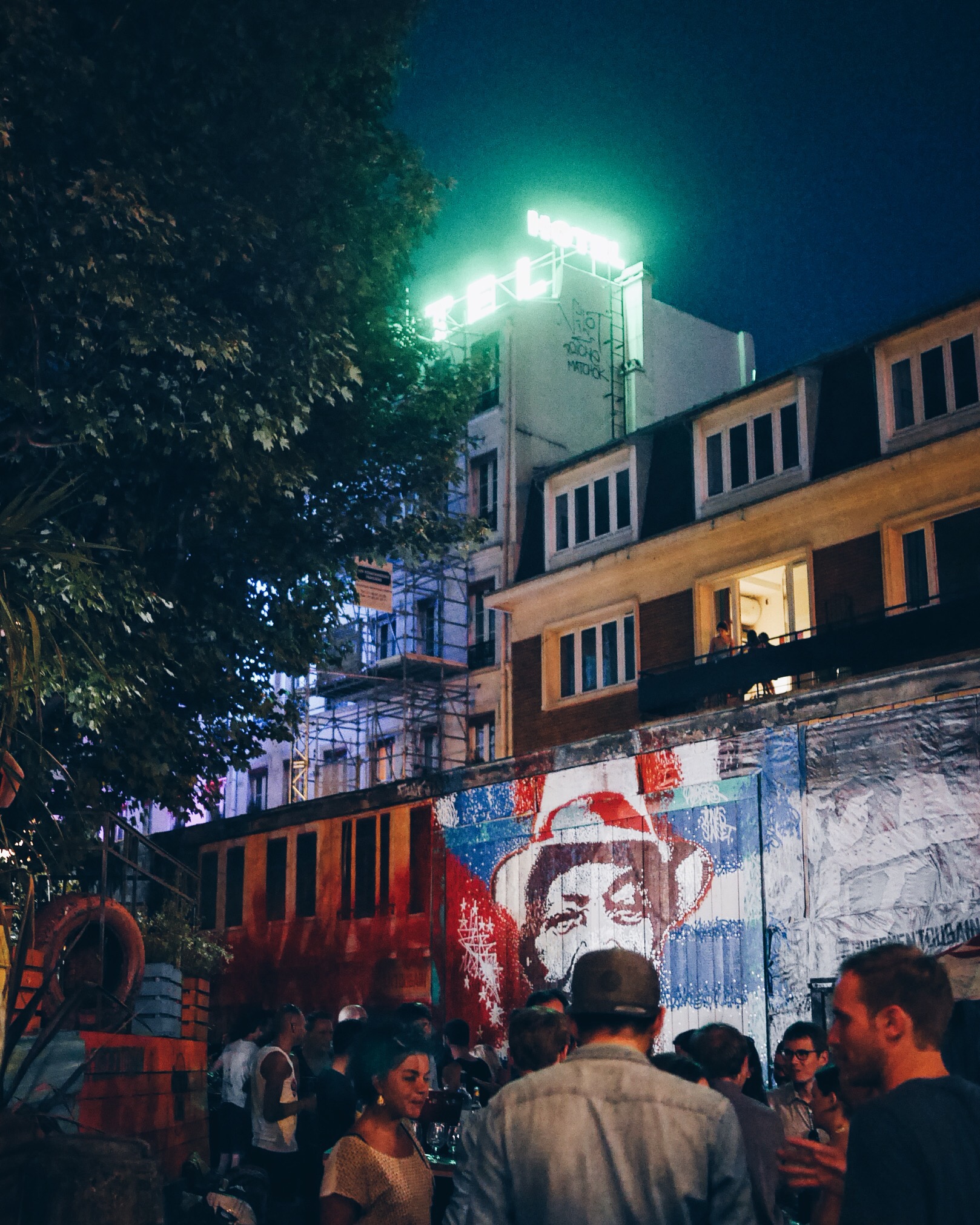 Havana Plaza, the place to be in the Parisian heat 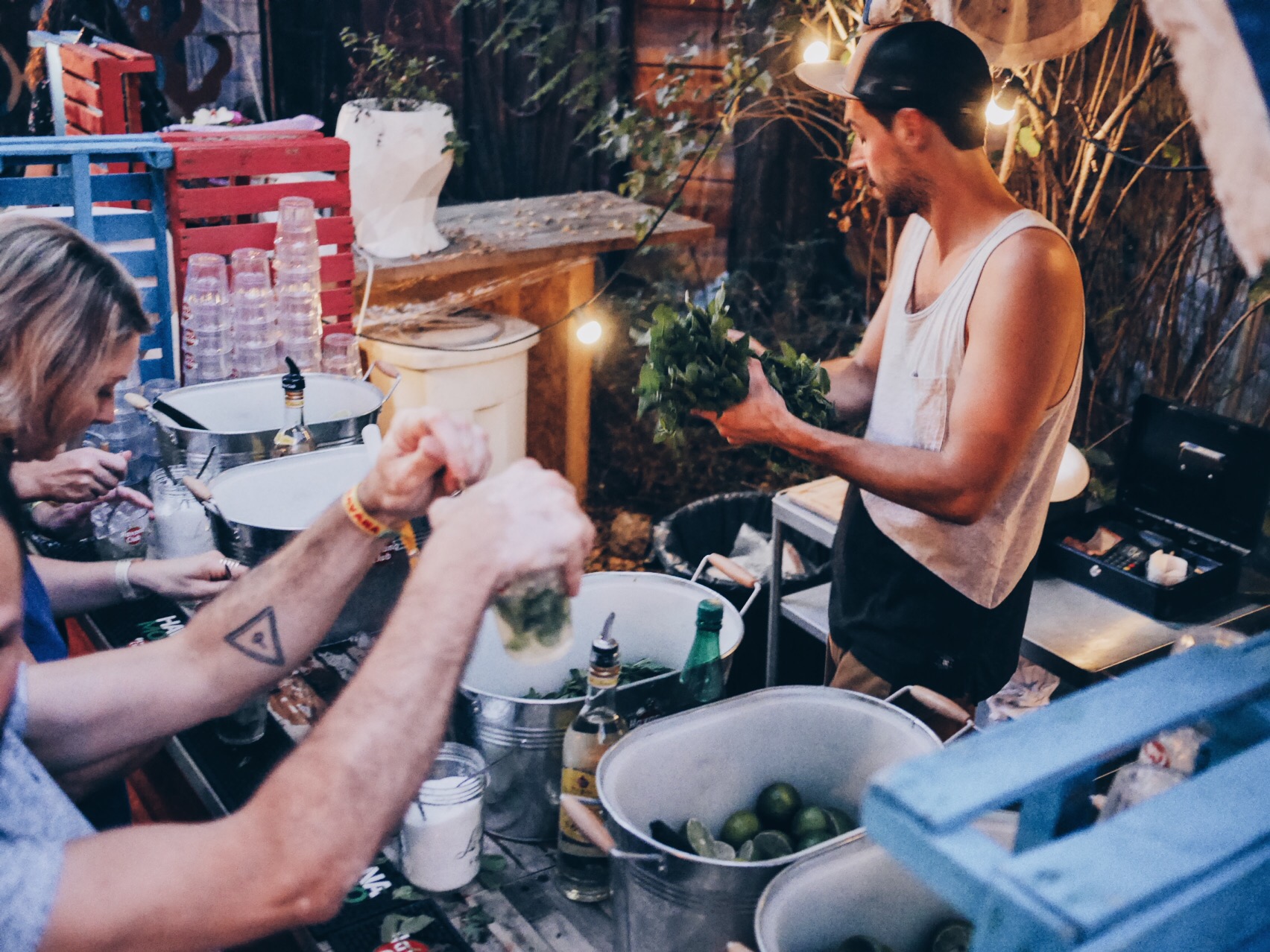 Translation: we went out yesterday with fantastic people to a fantastic mini-Havana in the 10th. It's amazeballs, don't miss Café A if you're in town!

Yesterday was a pretty maxed out Saturday. It started early with a visit to my local bank office (the fourth visit, since in France you cannot just march into a bank. You have to make an appointment.) to start the process of opening an account. It will take another couple of weeks, because I need a droit de lieu (proof of residency). So they will mail me a recommended letter and once I have collected that from the post office they can open my account. Haha, the bureaucracy here, it's mind-blowing.

After that I had a three hour long safety introduction in the 3D lab in school and when that finished me and a two classmates went to shop even more supplies. And had a nice very late lunch and apero. It was Saturday after all and the drinks were cheap, 5€!

Then I came home and flopped on the bed expecting a quiet night in, but my Swedish friend Jennifer asked if I wanted to join her to a birthday party and the night was very unquiet haha. Yolo, carpe diem and all that! The party was in the fifth with a lot of nice French friends of Jennifer so I had the opportunity to soak up the French language. (There were also two very cute dogs there, a lil remedy for my dog abstinence haha). 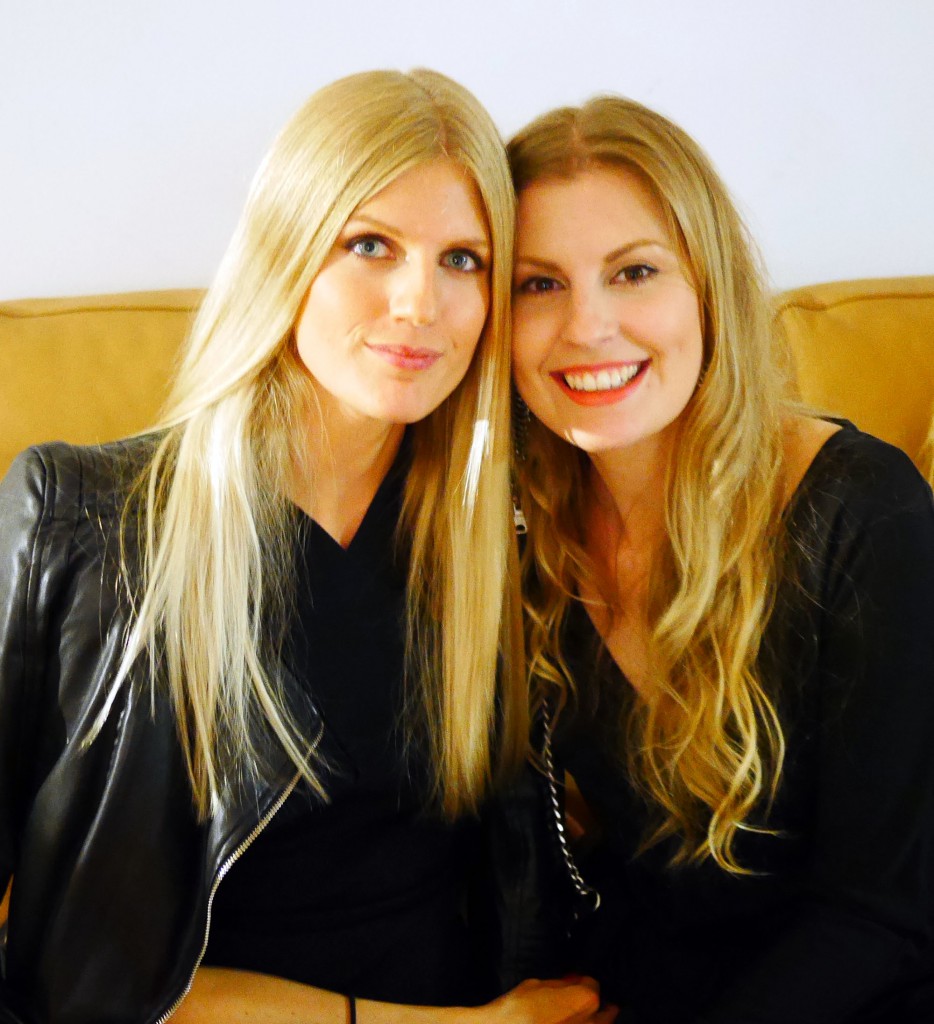 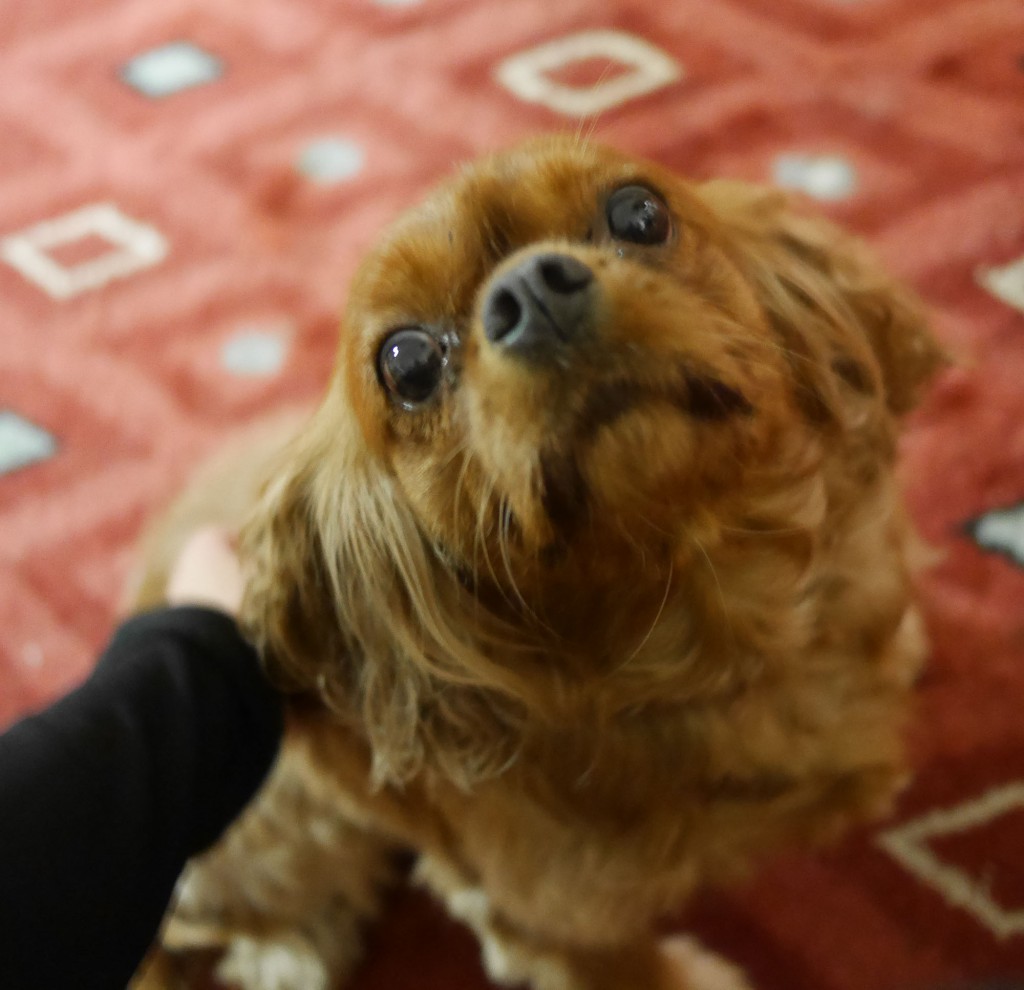 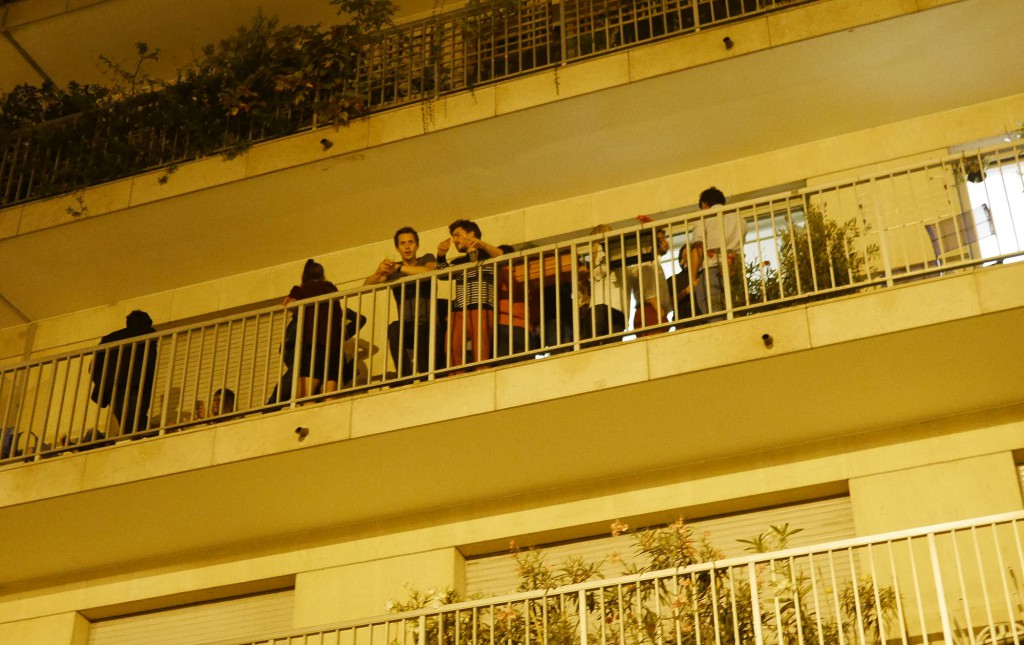 We later joined one of the girls called Camille to a newly reopened club at Rue Matignon (the place was namned Matignon, very convenient) which was nice but very crowded and the club was in the basemen (there's also a restaurant) so superhot! 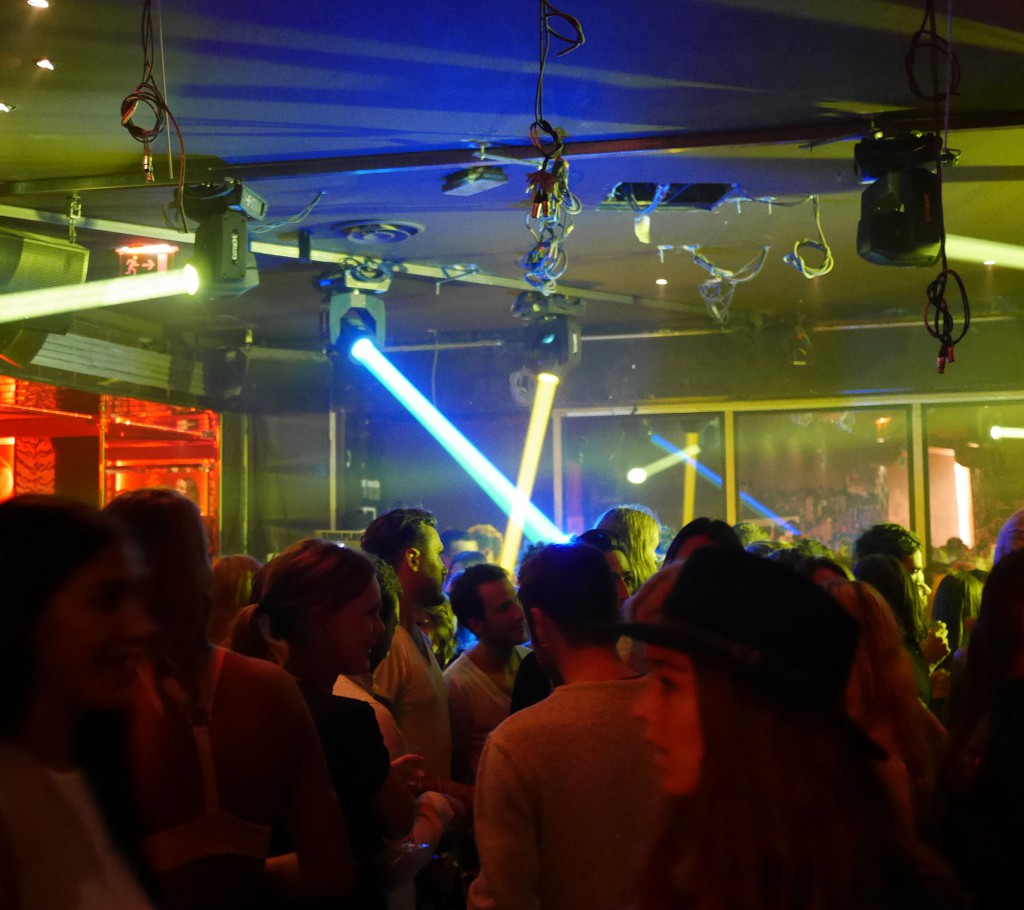 After half an hour or so we instead headed over to Raspoutine.  A very un-Swedish club where the Monsieur in the door points at people who get to go in. A culture shock, again. But Jennifer knew him so he let us in and WHAT a place! It's a former Russian restaurant complete with babushkas and a lot of Russian all-in OTT glamour (an image googling here, my pics are a bit blurry, following the night's over all theme. Blurry. Ha no, just kidding Mom, I wasn't that drunk). It was great for people watching. The one minus was the volume, it was too loud. (I'm saying this in a non-granny way, the music was hurting from the volume ya know). Around 3 am I was totally spent and we shared an uber home. I love uber. Not as expensive as a taxi and it feels much safer.

Anyways, I've taken a very quiet morning in, time to get started with some homework and then we'll see if we can muster up the strength to go museum philandering - I want to go to Fondation Louis Vuitton before they close some of the floors for a while. Hope you have a chill Sunday!

Wednesday done! Wednesdays are the most theoretical days for me in school with Topics in Fashion history as first class and the Pattern drafting for 5(!) hours in the afternoon. They will be challenging, as I am not very good and not super passionate about either. Both are very needed though to become a better designer (gotta know who came up with draping to know the context fashion is in! Gotta know how to make patterns from scratch!) so I will really try to do my best.

But on a more luxurious note, (I have promised myself to blog about all the eating this past weekend) here comes the second part of the eating out post. Oscar had arranged a table for two for lunch at Hôtel Costes! Such a lovely surprise. I have only read about it in glossy magazines so it was a real treat to actually go there. Here are some pictures from the patio we're we sat. 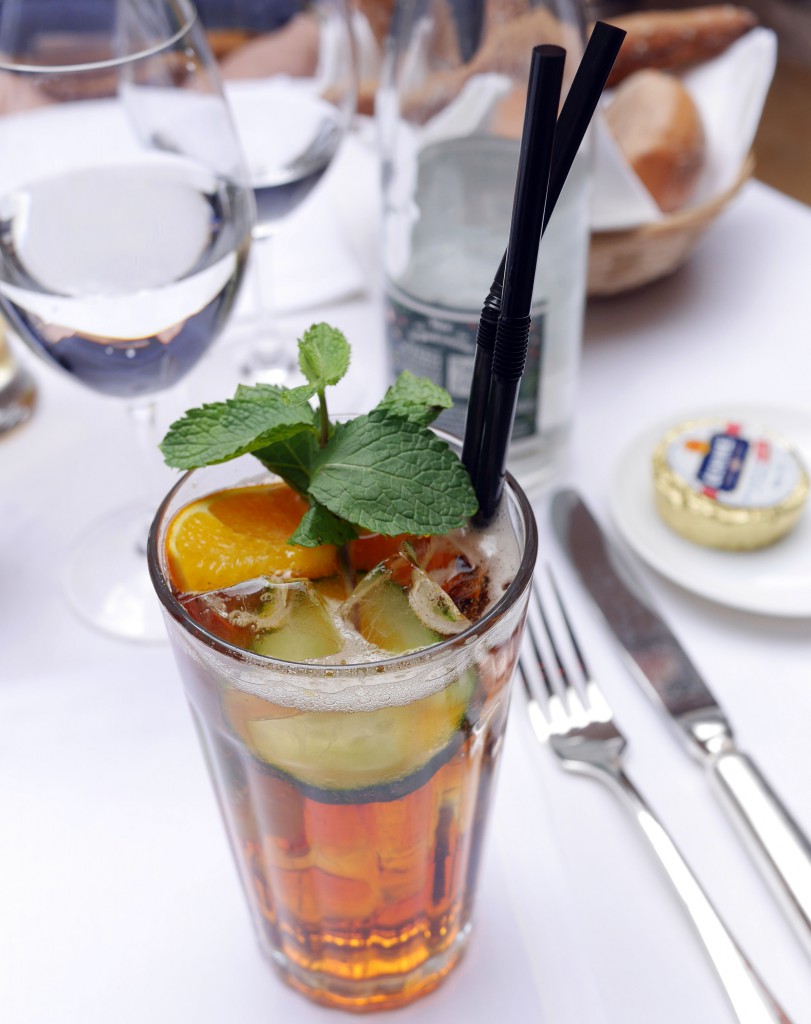 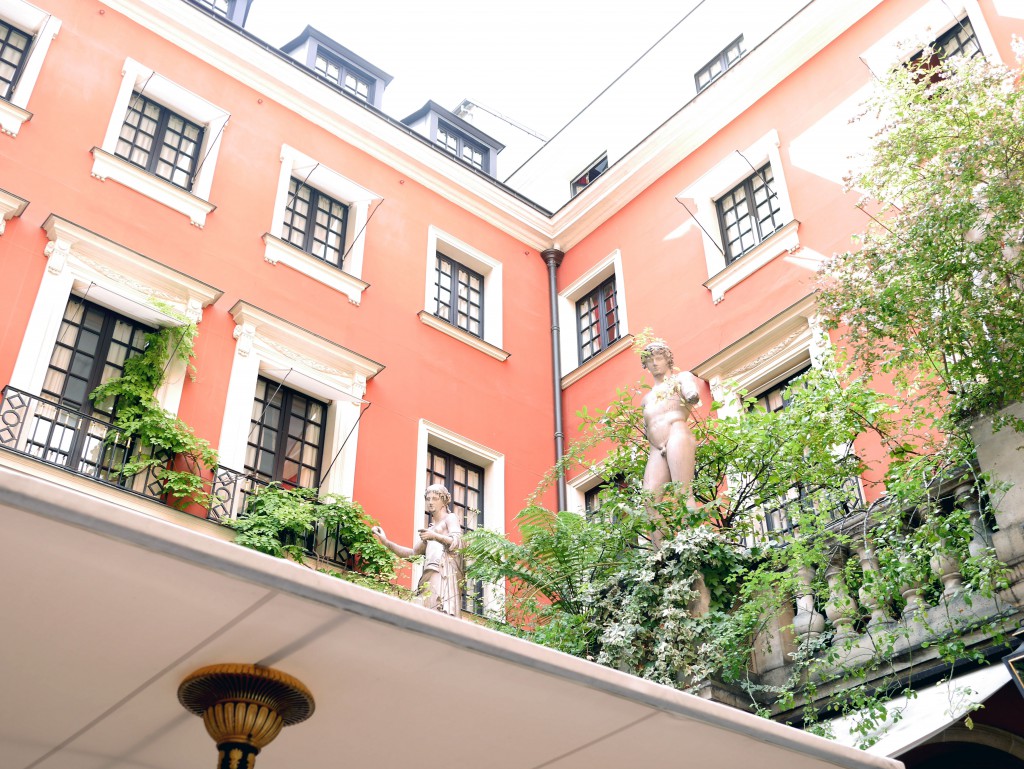 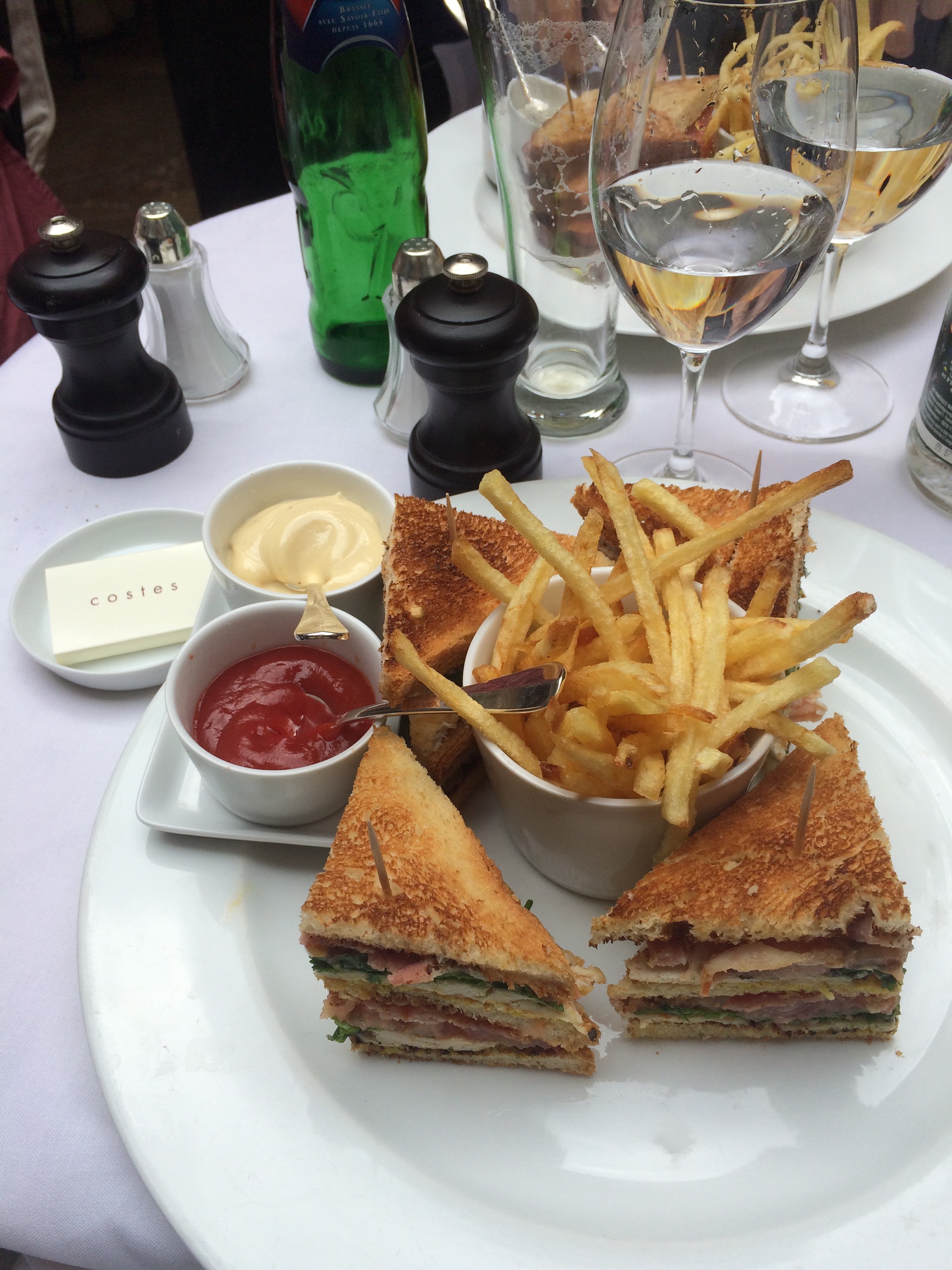 It's a very lovely place with beautiful surroundings where you can people watch to the max, but the staff and service was quite the opposite. So bad! The girl that showed us to the table just waved a little with her hand and flopped the menus on the table (she almost missed it) and the girl that served us poured a quarter of the very overpriced fizzy water on the table when she was serving me. Not as much as a word, and no new napkin (mine was drenched). I also had to ask for my drink (a lovely jug of Pimm's) another time and the food came after 50 minutes. The waitress claimed it was a very hard to put together dish (umm, a cold sandwich...), but the couple next to us got theirs 20 minutes before us and they arrived later than us.

Yes, you might think I'm being picky and all right now, but shouldn't I be? It's a super fancy hotel and I always have expectations and they are certainly raised when you enter a place like this. Anyways, the food was good and the overall experience very nice.

After that we walked, walked, walked and then walked a little bit more. And booked a table for the evening at L'atelier Saint Georges. Hamburgers! We usually try at least one hamburger when we travel and since this weekend had quite the vacay feel we didn't want to miss out. The restaurant is situated close to where I live, in South Pigalle which is kind of an up and coming area. There are lots of nice restaurants there and the streets are very cozy. For instance, you have the hotel Amour here, which some friends stayed at and recommended for the nice ambiance in the area. Anyways, to the burgers. They were very French burgers. I had one with blue cheese and Oscar had one with goose liver. Very interesting tastes! I would prefer Oscar's over mine, and it was that one who had gotten a 5 star in the burger blog of Paris that I found before heading there. The fries where nice too, and the staff friendly (a bit stressed) and the decor very nice and a little bit hipster. (It was also VERY warm in there, dress appropriately!) 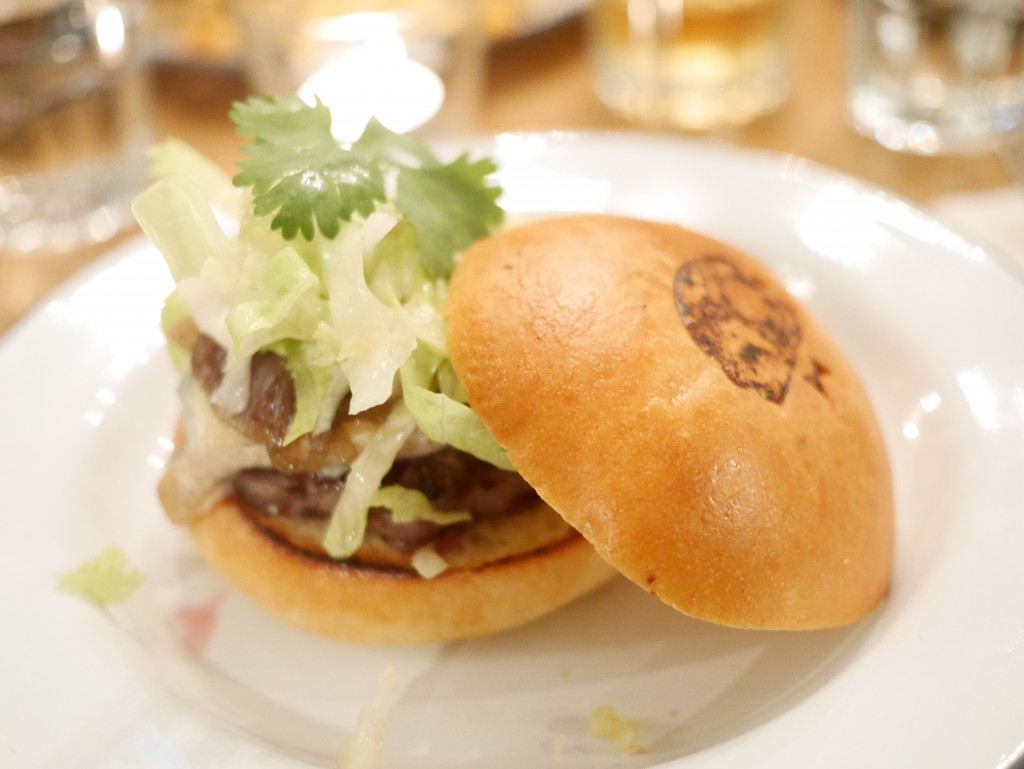 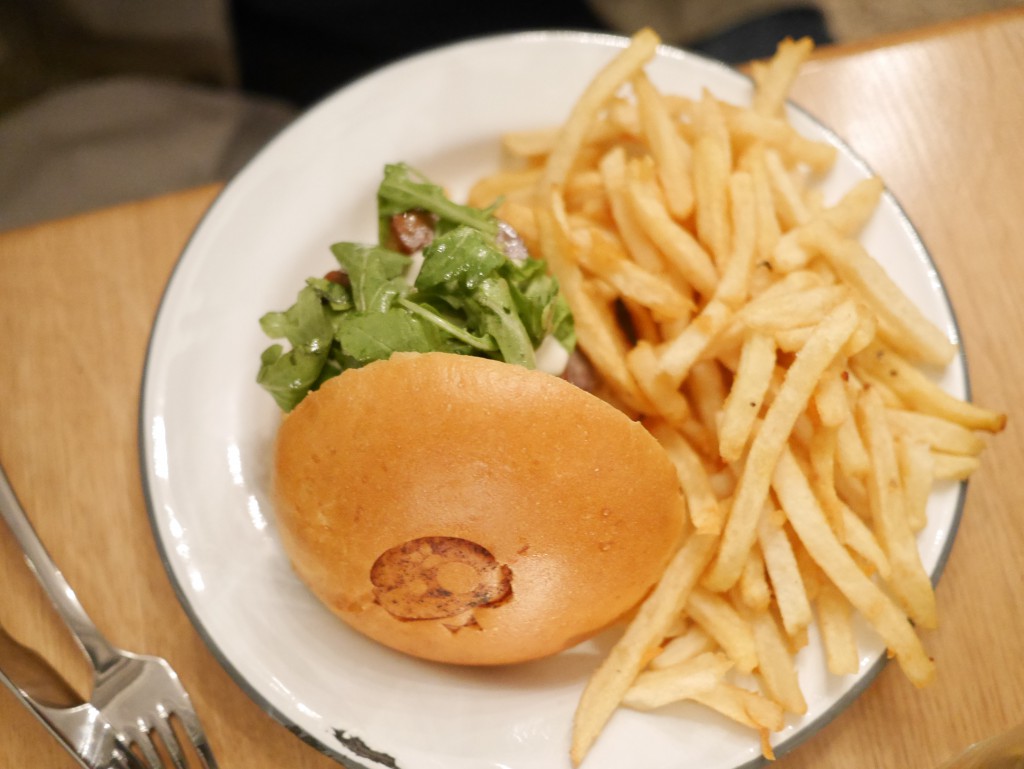 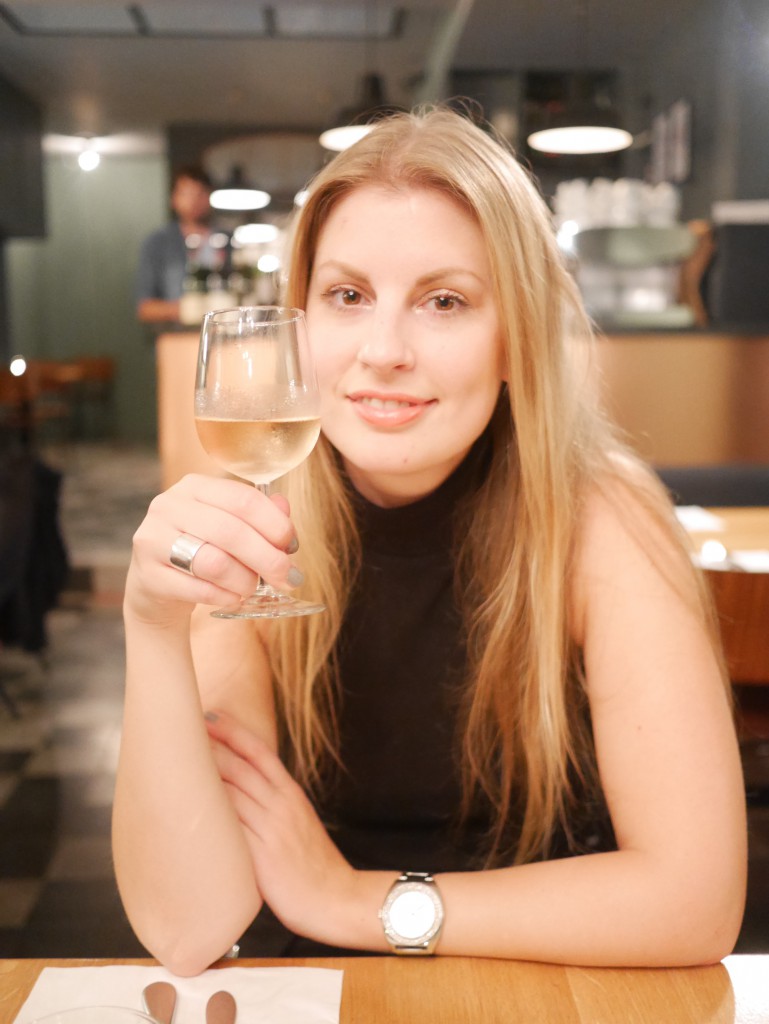 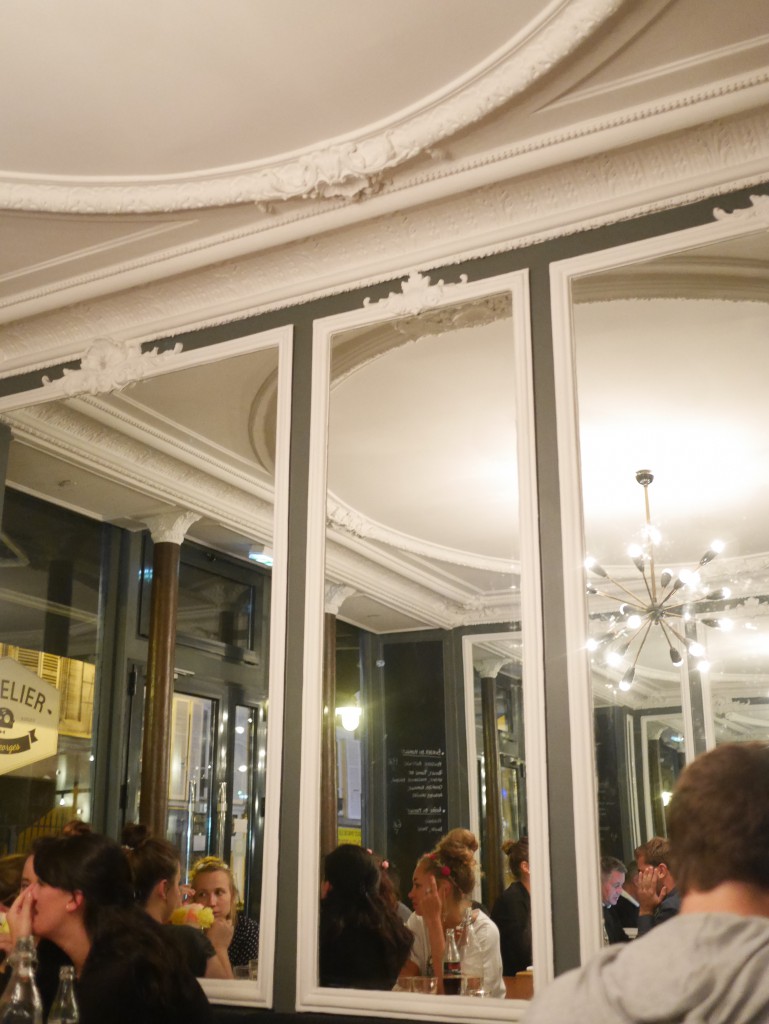 After that we headed down to Avenue George V to meet up with some fellow Swedes at a new restaurant/club called Yeeels for a drink. A nice way to end the night! 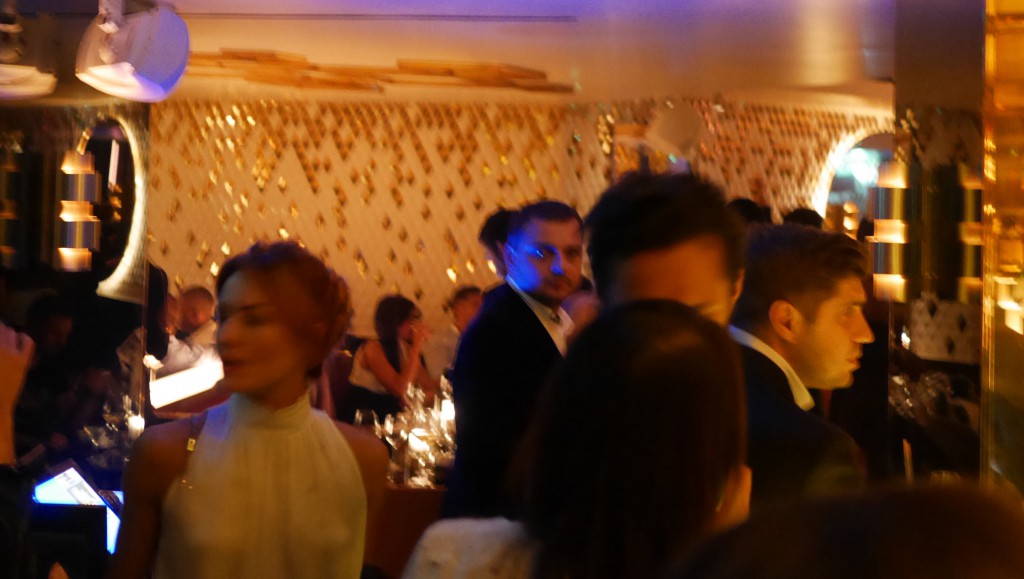 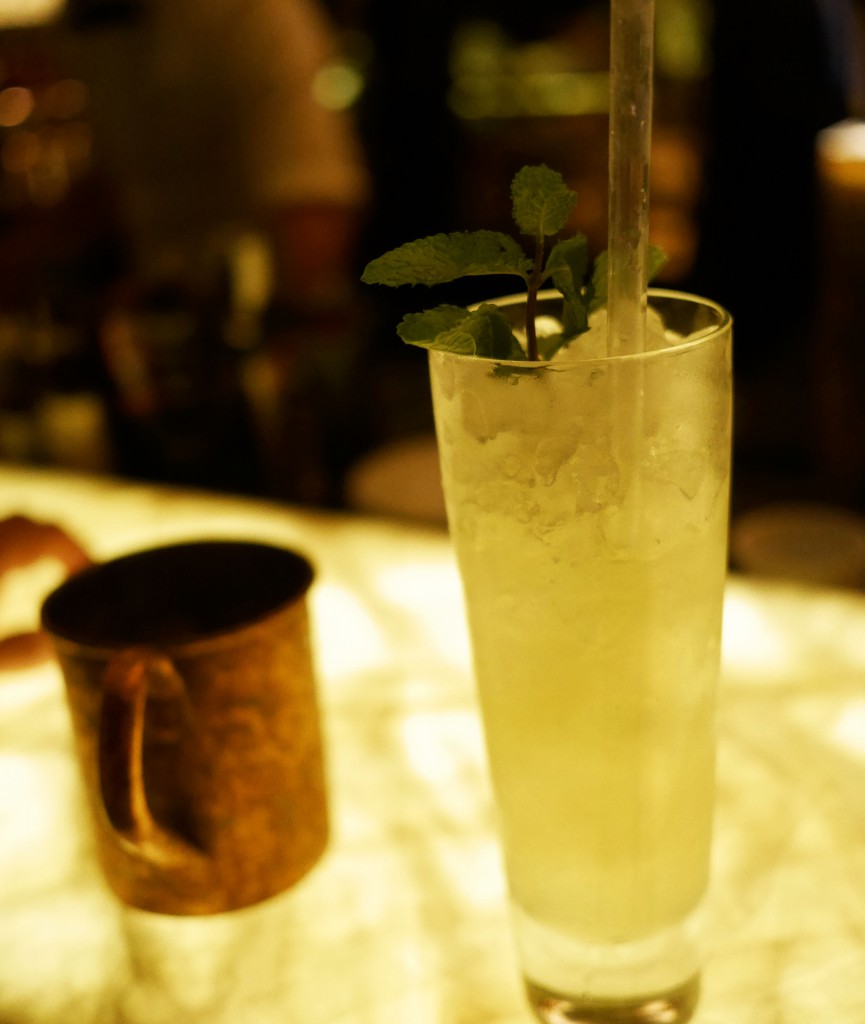